We have inspected many Jaguar saloon bodies over the years and this is without doubt the most rust free car we have ever come across. We are referring to the ‘bottom nine inches’ particularly when I say this. It is a straight and solid car that has been well used but well looked after in a dry environment. Having spent most of its life in California, it was brought up to Canada (BC) where it was immediately dry stored and this is where we found it. The owner hasn’t attempted any work on the car since he bought it some years ago as he has been rebuilding several other classics.

Currently painted brown, it was originally Willow Green as can be seen in the boot of the car and under the bonnet. The interior is  beige. All the exterior panels appear very straight and the door gaps tight and even. The doors operate as they should. Looking under the car, all the jacking points are sound as are the floors, rails and sills. The outer sills still have the original willow green paint on them. The car starts and  drives.

The paintwork on the body is not a great job and the roof has crazed significantly. There is no damage but it will need to be stripped off and repainted correctly. Willow Green is a stunning colour on the 420 and Sovereign and we would recommend this example was returned to its original colour scheme. After all, there is absolutely no welding needed so a first class repaint is in order. It would probably benefit from the suspension bushes and bearings being replaced during recommissioning.

An added bonus is that this car has factory equipped wire wheels with the Daimler logo knock-off spinners. It also has an air conditioning system installed which would be likely a rare dealer-option. I would presume it was non-operational presently and would need conversion to modern refrigerant.

The interior is complete but needs a re-trim. The woodwork is all there and in reasonable condition but would be re-lacquered as part of a re-trim.

The windscreen is cracked but a period replacement comes with the car.

All in all, the car is an excellent opportunity for someone looking for the rare Daimler variant of the 420. The car will be sold with NOVA and Jaguar heritage certificate. It can be viewed by appointment in Kingswood, Surrey. 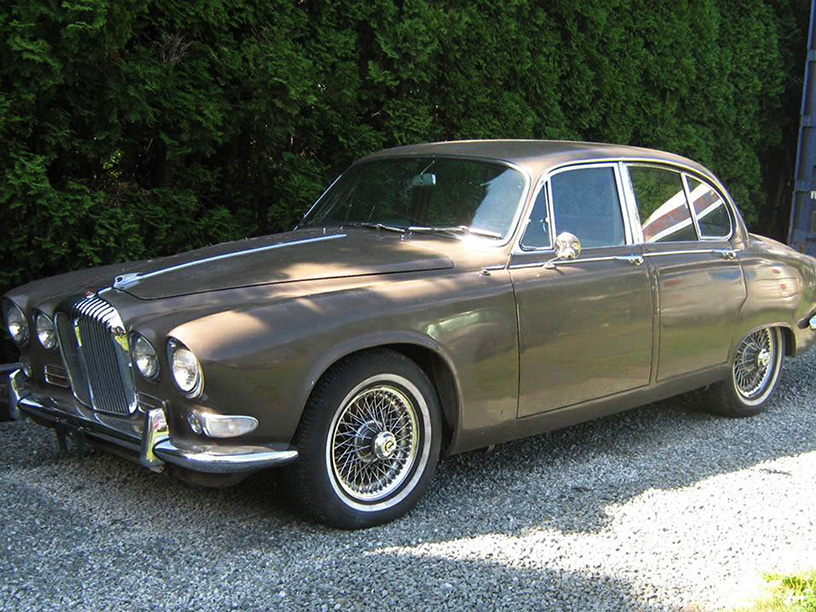 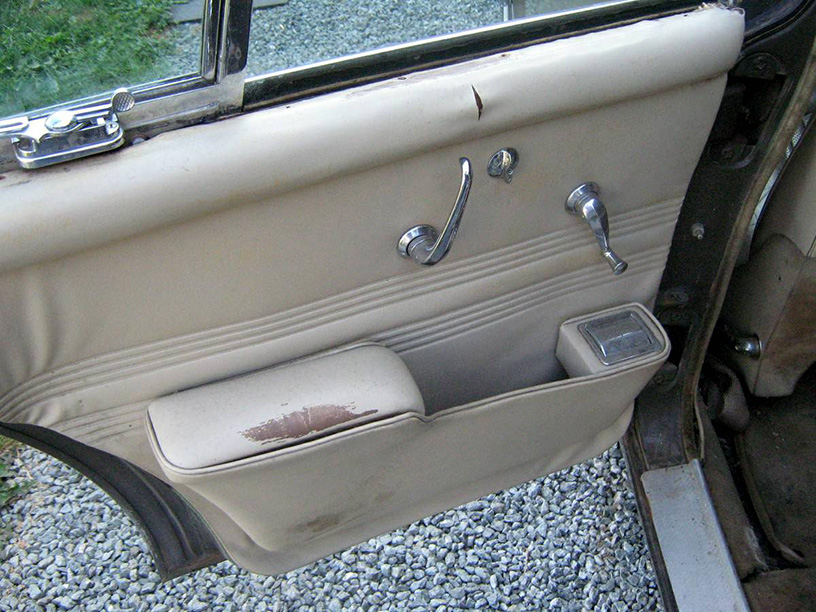 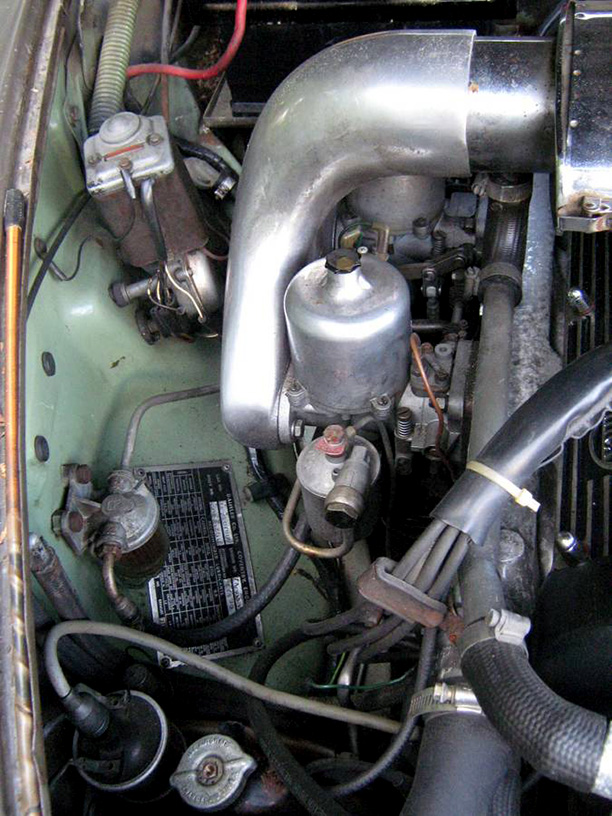 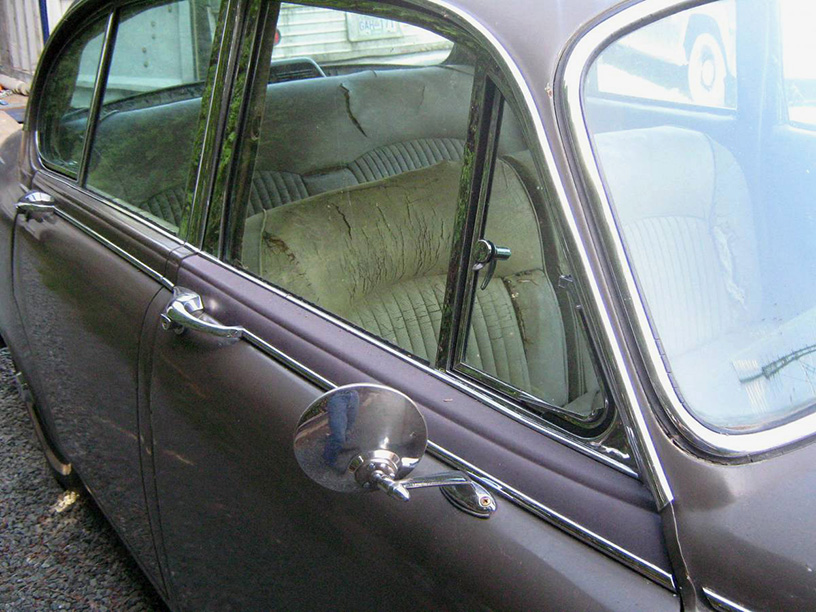 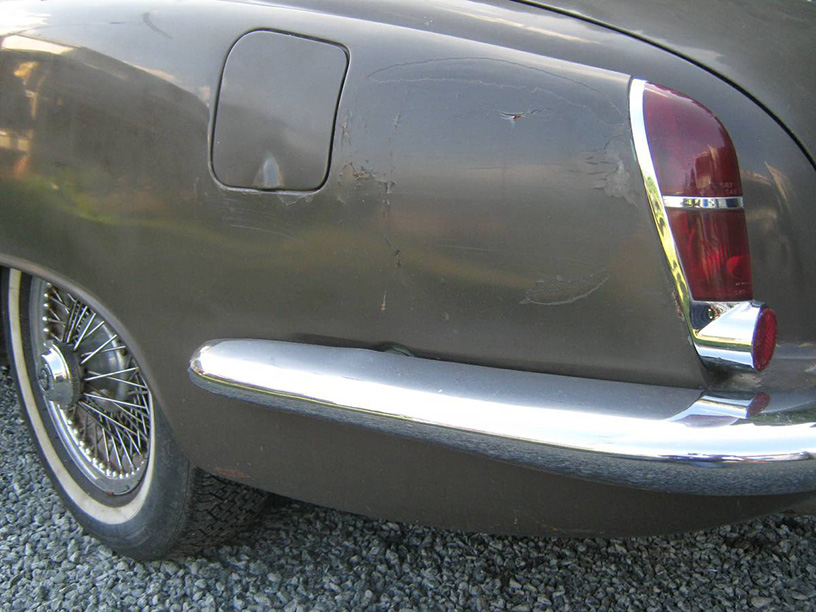 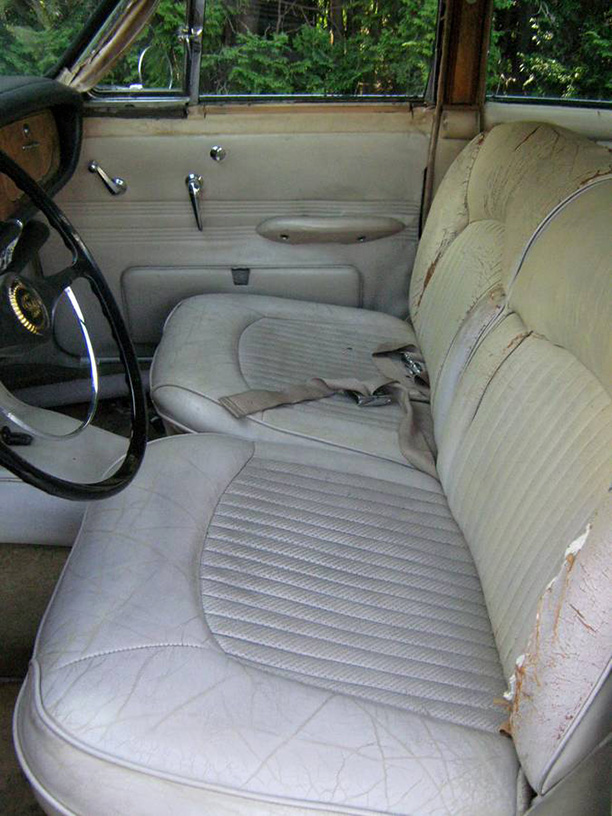 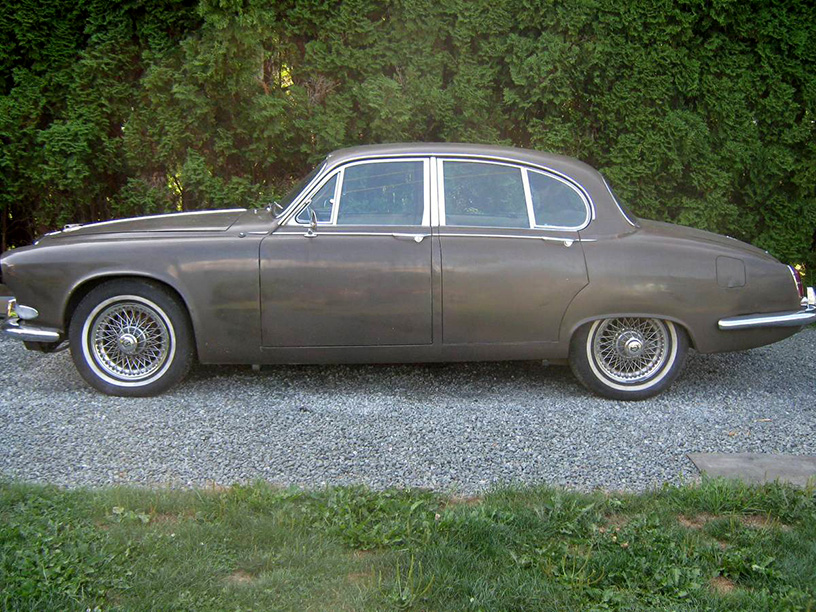 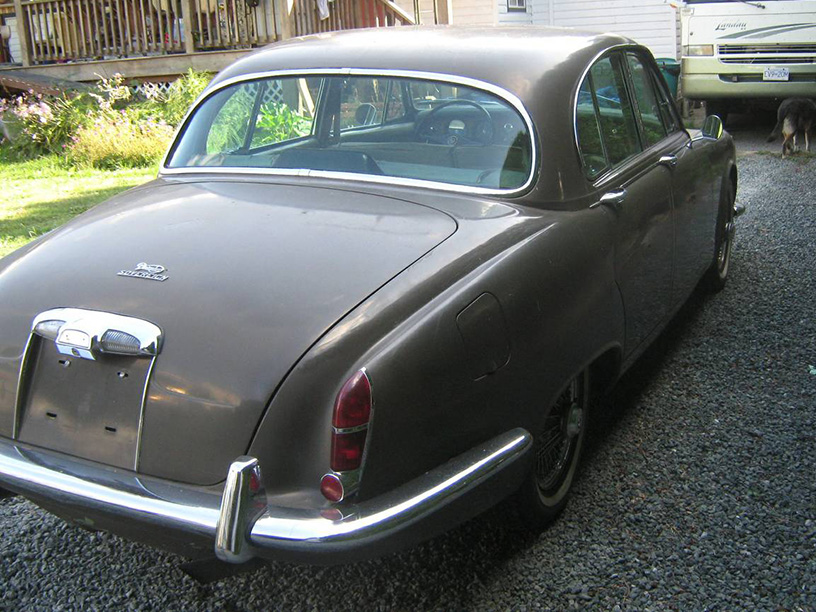 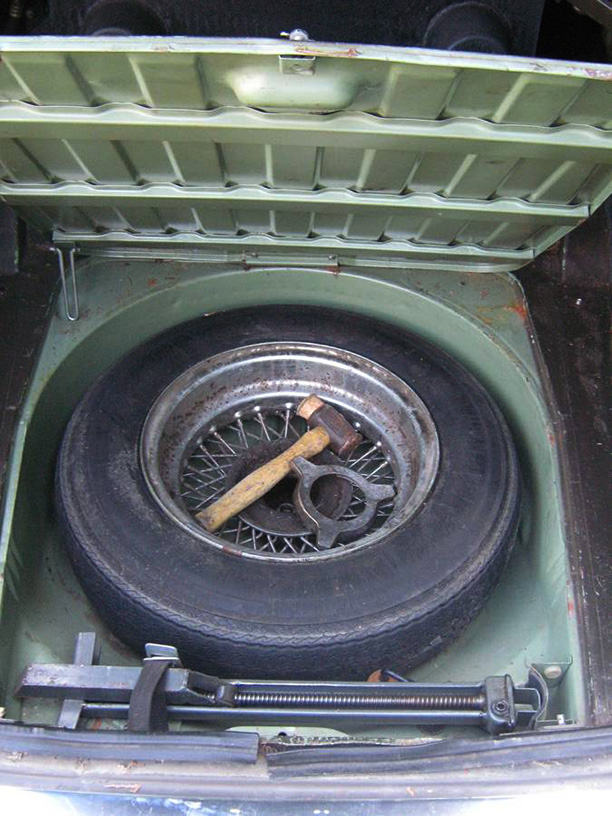 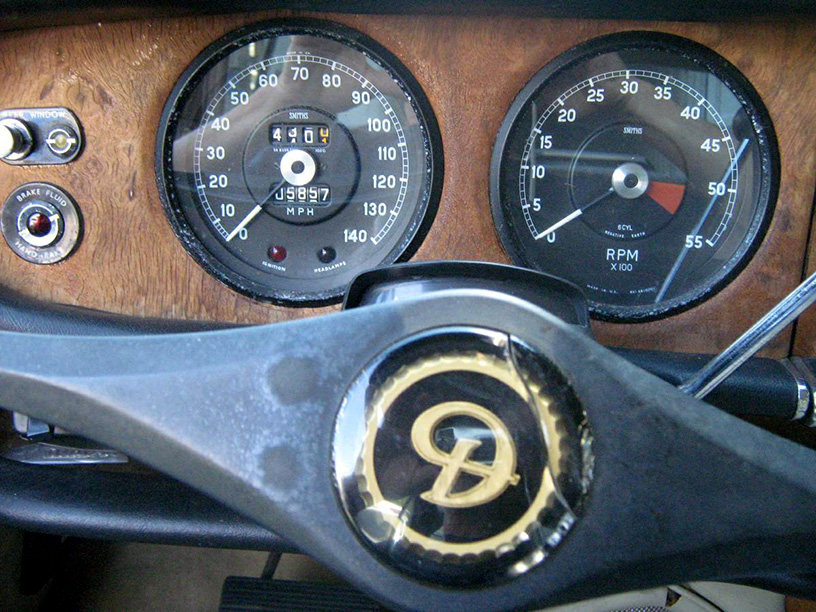 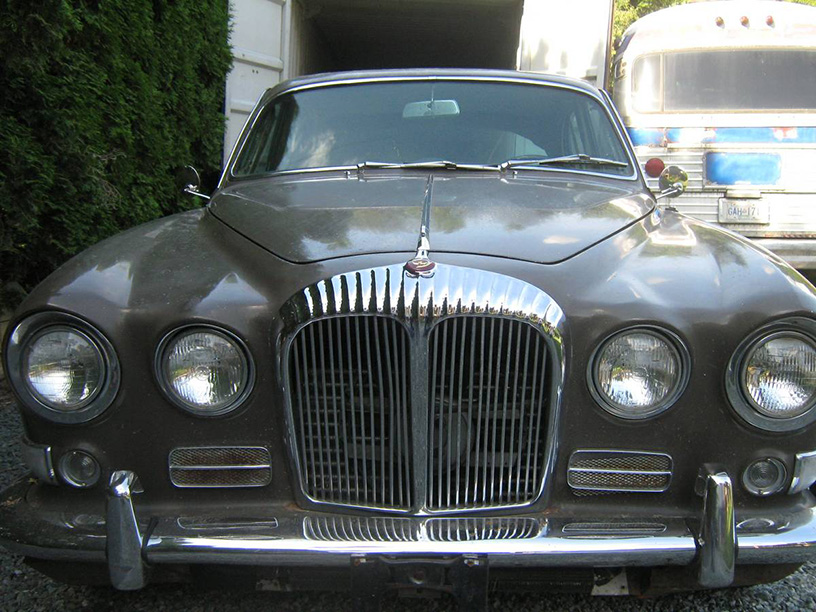 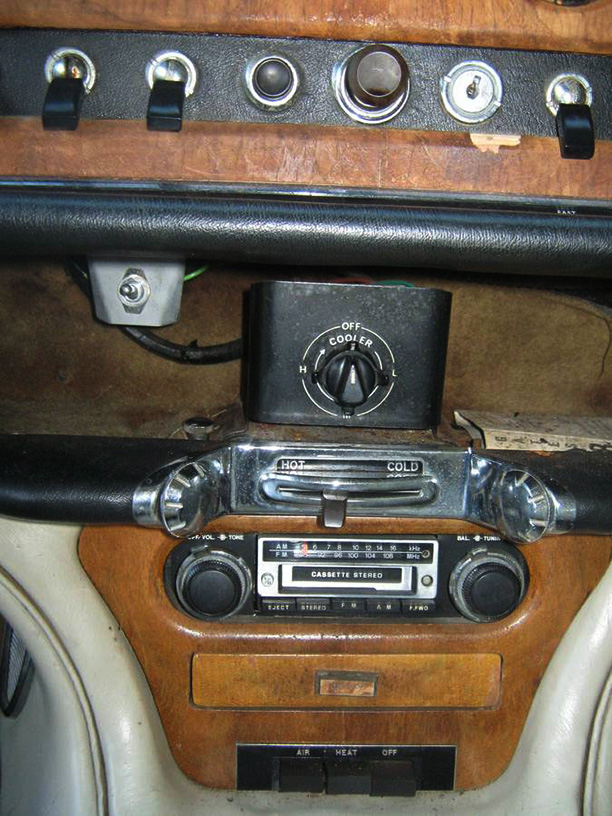 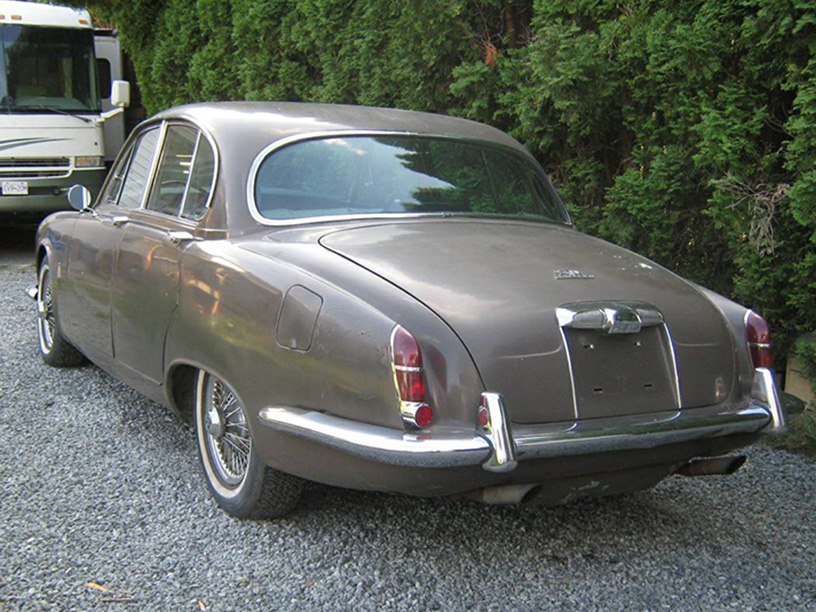 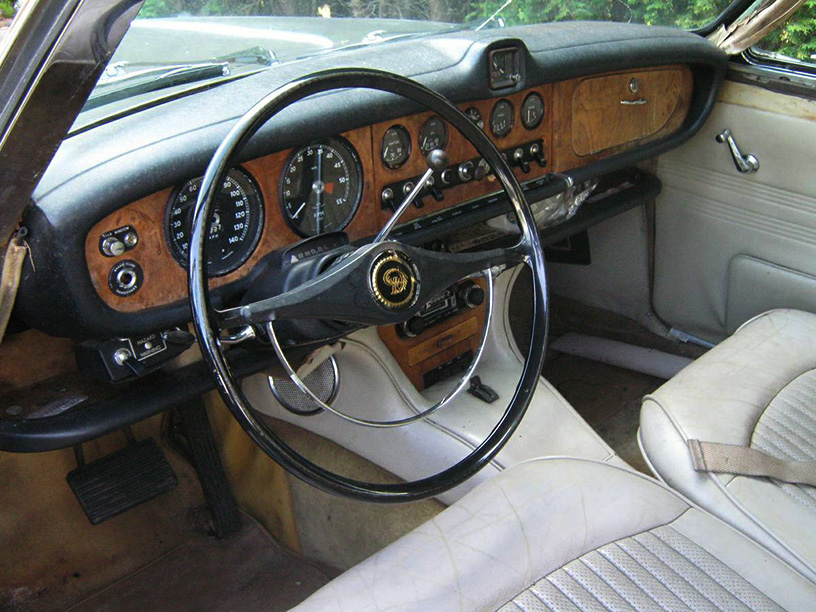 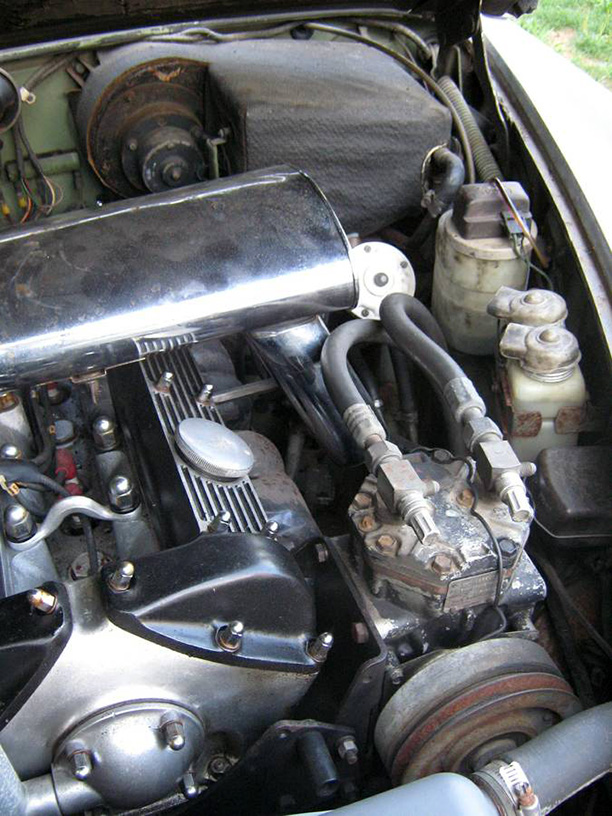 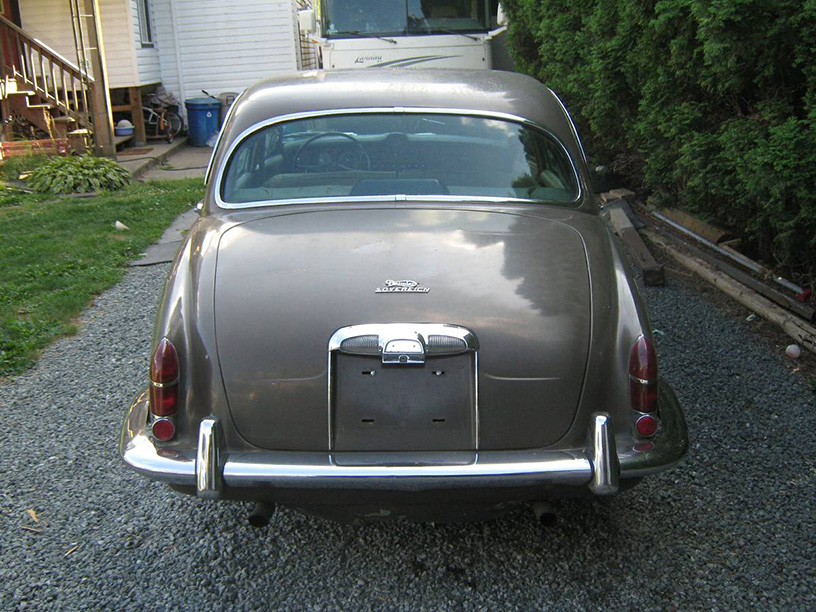 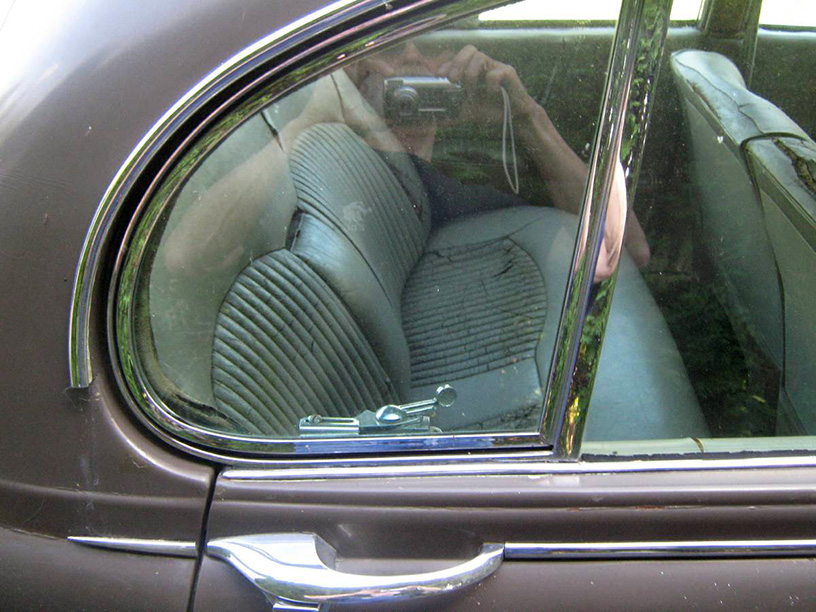 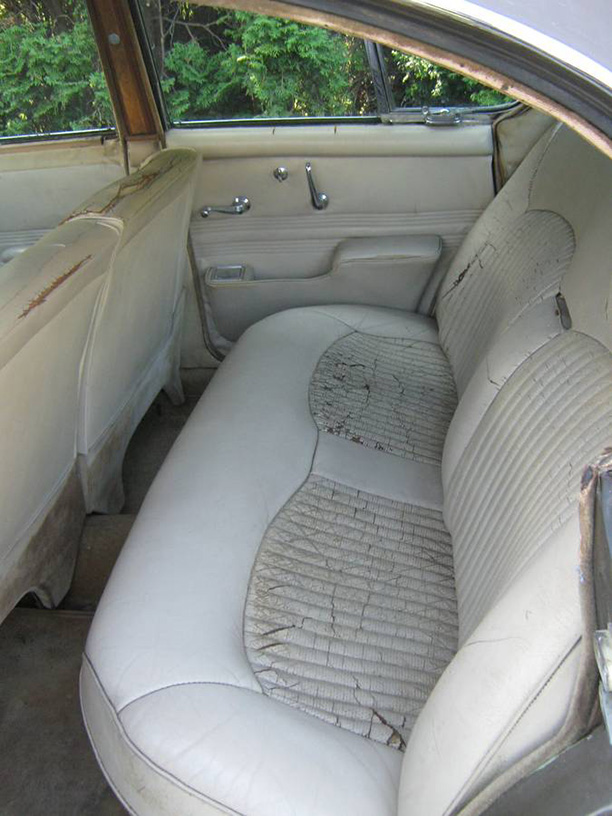